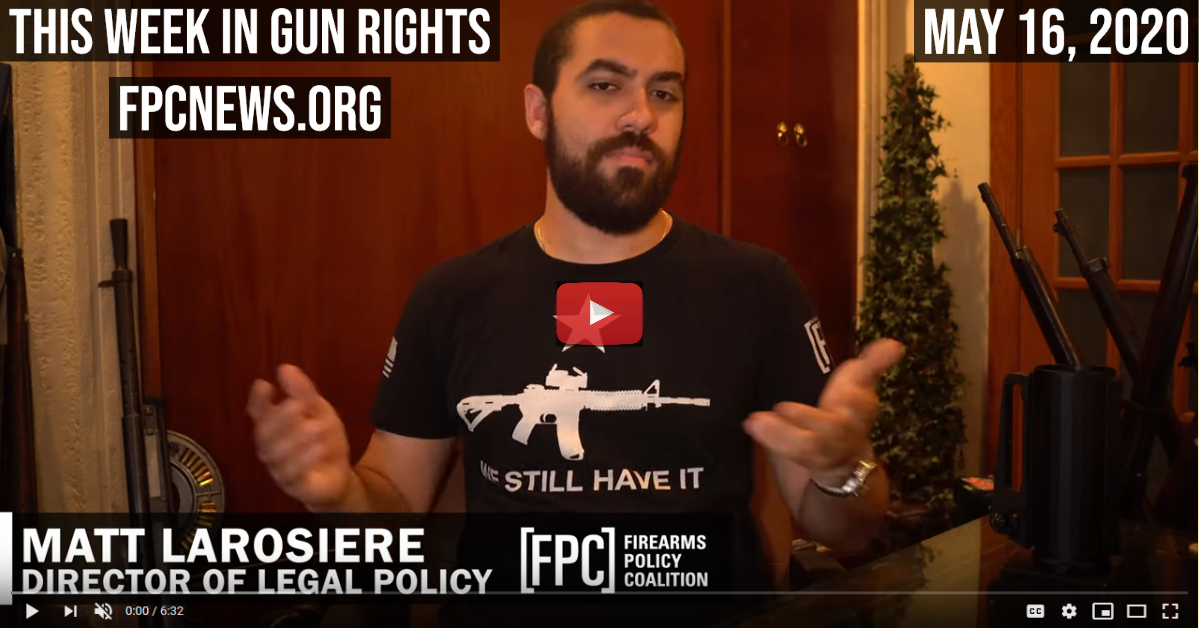 I don’t know what’s in the air aside from this virus but it seems that tyrants have been making a serious push to ban things they don’t understand or are afraid of. Almost as if they’re spooked by some apparition. Ghost guns are no different. They’ve also started to streamline the process. This week, CBS brought us 60 Minutes of cringe in the form of a so-called “investigative report,” where they discussed using custom firearms for the commission of other crimes. The report couldn’t have been more poorly executed. They brought on two known hacks - Sheriff Villanueva and former ATF goon David Chipman to give their clearly biased opinions on the matter. Not only was the program deliberately slanted, but it contained a number of factual inaccuracies that could have been addressed with some basic internet research and maybe contacting a couple guys via Twitter.

Conveniently enough, the newspapers got in on the game on the same day, with the L.A. Times giving Sheriff Villanueva a print and internet soapbox, echoing his sentiments about guns that, although sometimes found at crime scenes, are almost never used to actually commit an assault or murder. Shortly thereafter was an announcement from Politico. Gun grabber extraordinaire, Senator Blumenthal introduced a bill to ban ghost guns, with Senator Warren signing on as a co-sponsor. I’m sure all of this timing was purely coincidental.

Bills like this are just an attempt by Senators who aren’t doing anything important to pretend that they’re bringing something to the table. They don’t actually accomplish anything, except for criminalizing a generally harmless and constitutionally-protected activity. Considering most of the firearms being seized are tied to the drug trade and other organized crime, it would probably be a better use of Dick and Liz’s time to figure out how to economically disincentivize activities that are already unlawful instead of making criminals out of people who aren’t harming anyone. You can read more, and take action against this garbage campaign here.

Just days before a hearing on a motion for preliminary injunction against orders banning gun stores from operating, lawyers for Ventura County, California, filed documents in federal court saying that the defendants, including the County, Sheriff Bill Ayub, and Dr. Robert Levin, the County’s Public Health Officer, have issued a new order to re-open firearm and ammunition dealers throughout the county. Key filings in McDougall v. County of Ventura, including the County’s latest order, can be viewed here.

Ronda N. Baldwin-Kennedy, an attorney for the plaintiffs, said that the County’s latest filing was a move to avoid losing the case early. “The defendants were obviously wrong on the law and had no constitutional support for their frivolous arguments, so it makes sense for them to change course now. We are delighted that this lawsuit moved the County to issue another order so that our clients and the people of Ventura County can exercise their constitutional rights.”

“The facts are that the Ventura County defendants made it a crime for individuals to patronize and operate firearm and ammunition retailers, and worse, these government officials banned travel for firearms and ammunition as ‘non-essential’. Those are precisely the kinds of actions our Constitution was designed to protect against, so we look forward to the next phase of litigation in this lawsuit,” said the plaintiffs' co-counsel, attorney Raymond DiGuiseppe.

Ultimately, they have already admitted in court that they violated constitutionally enumerated rights,” noted FPC’s Adam Kraut. “Especially because there may be a second or third wave of COVID-19, we will seek an injunction so that they cannot do this again should cases spike.”

Bernie blows it: Republicans take another bite out of Fourth Amendment protections

If you thought the Democrats are the only ones jeopardizing your right to privacy, you’re dead wrong. The Senate renewed the Patriot Act this week. That’s right - the set of federal laws that gave the intelligence community sweeping authority to monitor your communications. This time, Senate Republicans modified the Act to enable the government to monitor your browser history without first obtaining a warrant, further diminishing your protections under the Fourth Amendment for the sake of “security.”

One of the few Senators with some sense on the matter, Ron Wyden of Oregon, introduced a hostile amendment to the Act, attempting to remove this provision. Unfortunately it failed to pass by one vote. Who didn’t show up, you ask? Bernie Sanders. I guess it just wasn’t worth his time to show up and cast a single vote to protect your right to privacy. And in case you were wondering which Senators actively supported government agents monitoring your every move, here’s a list:

Internet privacy matters, especially for gun owners. It protects our ability to express our views confidentially, to engage in enterprise, and to exchange information. Imagine, for instance, how difficult it may become to exchange gun files or to engage in advocacy online. And we’re not alone. Anyone whose views don’t align with whatever administration is in charge will be under constant fear of persecution. Not only is this bill a massive blow to your right to privacy, it’s a massive blow to Free Speech.

Remember back in April when a federal judge issued an injunction preventing California from enforcing its stifling background check policy on ammunition purchases? Californians were only able to celebrate for about a day before the defendants got an emergency stay. Yesterday, May 14, the 9th Circuit Court of Appeals ruled in favor of A.G. Becerra in a 2-1 decision, overturning the preliminary injunction and allowing them to resume enforcement of the ammo background check law.

Of course, this isn’t the end of the case. This all relates to a preliminary injunction. There is still a long road ahead for both parties.

This week saw a pretty active state of Michigan. As you may well know, protesters have been pretty active at the state capitol in Michigan. Plenty of protesters would converge in Lansing to protest the Governor’s state lockdown orders, many of them peacefully carrying arms.

That some protesters were armed spurred a bipartisan discussion on banning arms at the state capitol. A meeting was planned this week to discuss whether to go forward with the ban, but it was delayed “in a meeting that later ended abruptly due to racist and threatening messages posted in Zoom.”

Thursday saw another protest at the Capitol, despite robust threats from area law enforcement and politicians, and heavy rain. Even with all those threats, and the legislature shutting down for fear (or whatever), it seems the most questionable thing that happened was a small scuffle between protestors over some noose imagery.

The whole Michigan kerfuffle has been spun pretty aggressively by the anti-gun side. Referring to the protestors invariably as violent, “armed right wing militants” and the like. The shutdown being for “fear” of these individuals is similarly contrived.