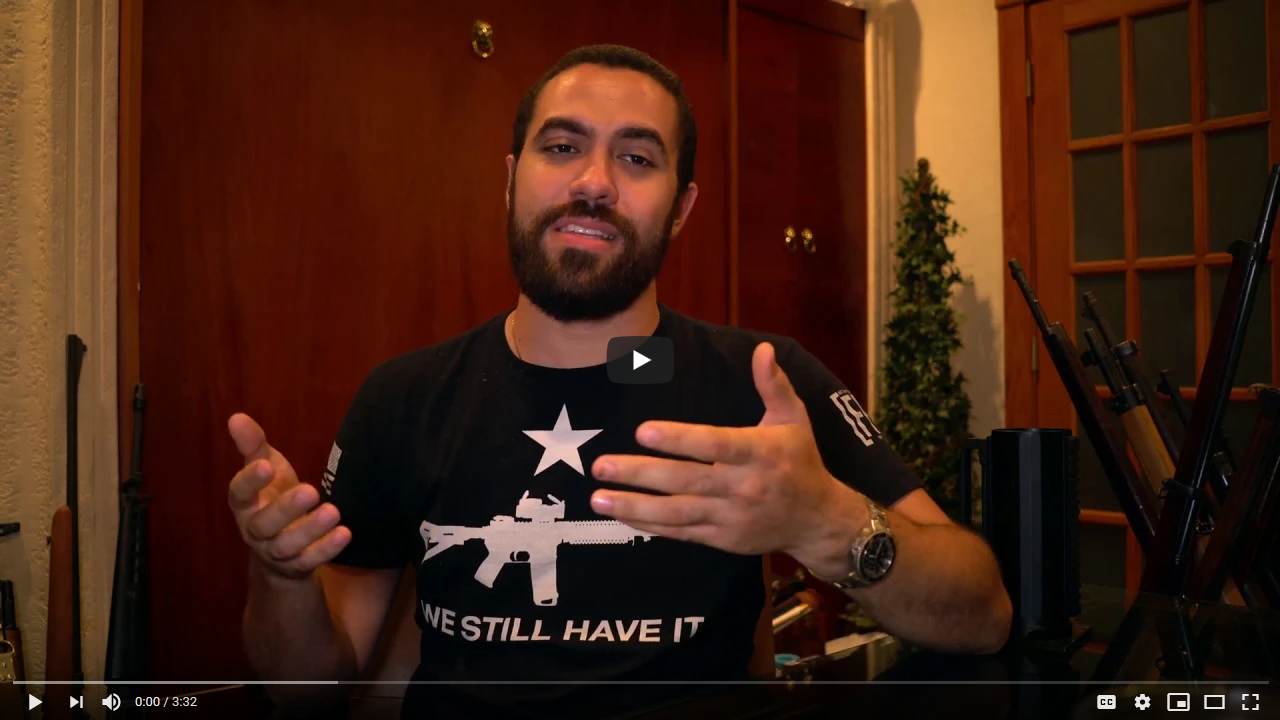 Finally, some good news from California. On Thursday of this week, Judge Roger T. Benitez granted a motion to block California’s new ammunition background check law, which served as a massive encumbrance on the ability of Californians to exercise their right to bear arms. In a blistering 120-page rebuke, Judge Benitez explains that criminals don’t do background checks, that California’s system is designed to deter law-abiding Californians from participating in ammunition purchases, and if anything, the law works contrary to its (unconstitutional) intended purpose of discouraging ammunition stockpiling, as it encourages people to purchase ammunition in bulk to avoid the hassle of having to undergo frequent background checks. According to Judge Benitez, not only is the system burdensome, but it has prevented about 16% of all who have attempted to purchase ammunition from doing so due to flaws in the background check system while only about 0.3% of people attempting to purchase were actually banned. The judge notes what is painfully obvious to anyone with common sense but which clearly eludes the Governor and Attorney General of California - the Second Amendment must necessarily protect the right to acquire, keep, and bear ammunition for use in arms.

It’s refreshing to see reasonable Second Amendment analysis in the 9th Circuit. That said, this is not the end of the case. A preliminary injunction is a temporary order issued while the case is still ongoing. That said, normal ammunition transactions may now take place in California consistent with the order. That is, unless and until something changes.

The Californian infringers aren’t without recourse, though. In order to put things back to the way they were before the injunction, they could try to stay (stop) the motion (update: CA tried, and Mr. Benitez said no), or may try to work out some kind of deal with the plaintiffs.

In any event, deep congratulations are due to the People of California, Michel & Associates, and CRPA for this excellent win!

**UPDATE**  Of course, not usually one for allowing Constitutional Rights to prevail when it comes to that pesky 2nd Amendment, the 9th Circus Court of Appeals had nothing better to do at 9:54pm on a Friday night during Coronavirus lock down, so they issued an emergency stay, blocking Judge Benitez's injunction.  Perhaps the court should have read his scathing 120-page opinion.

Red flag orders are bad enough. They deprive people of their rights without giving them their day in court and are often the result of malicious, Karenesque reporting. What’s worse, in California, hearing-less temporary red flag orders stay in place for 21 days before expiration. Now, thanks to Comrade Attorney General Xavier Becerra, and the California Judicial Council all currently issued ex parte red flag orders are extended another 90 days. That’s 3 months for anyone bad at math.

The pretext for doing so is intimate partner violence. While that is obviously a concern for everyone, that doesn’t mean that we suspend due process. Not only are red flags facially unconstitutional, but by extending such orders, the government of California is abusing the current pandemic to exercise more control over its residents. This is the type of abuse we have been warning (and suing) about.

In his press release, Becerra mentions that the police, who may or may not have ever met the person subject to the order, can request an extension, and that judges can issue a year-long restraining order. Because of the paranoia that arises in an era where you can get the plague just by walking outside, the odds are pretty high that judges reviewing such requests are going to grant them. “Better safe than sorry.”

Notice and an opportunity to be heard are fundamental to the concept of due process under the Constitution, and an opportunity to be heard means in a reasonable timeframe, not at the leisure of Mr. Becerra or the courts. Depriving someone of their right to keep and bear arms when they haven’t been convicted of a crime is unacceptable for a single moment, let alone four months, but I guess the Fifth Amendment doesn’t count during emergencies either.

Want to buy a gun in D.C.? Proceed directly to Metro P.D.

As of 2018, Washington D.C.’s population was estimated to be roughly 702,000. The number of commercial firearms businesses? Zero. And the number of people who made themselves available to conduct firearms transfers in the District? One, until this March, when Charles Sykes suddenly stopped accepting new customers. For perspective, as of 2018 there were 134,091 FFLs in the United States, which means the ratio is roughly 1 FFL per every 2,600 Americans. While Sykes was working in D.C. the service available was inadequate for would-be or then-current gun owners, and now it is non-existent. But don’t worry, the D.C. police are on the case, having volunteered to function as the new only FFL in Washington.

That’s right. Instead of paying $125 (the actual amount Sykes charged for transfers, a far cry from the national average of $25) to a stranger for the privilege of obtaining the firearm you already bought, now you must pay the crown directly.

Why did the city step in so quickly? Because Mayor Bowser had concerns about running into “constitutional issues” or opening the city up to “meddling from outside groups.” If by outside groups she means organizations that care about your ability to exercise your constitutional rights, then she should be concerned.

The Metro Police Department explained their plan in a memo: “As always, D.C. residents can go to another state (for example, Maryland or Virginia) and purchase long guns (rifles/shotguns). The dealer will hold the firearm until MPD approves and registers the firearm. Once it is registered, then the D.C. resident can go pick the firearm up from the dealer.” Handguns, on the other hand, have to come to an in-District FFL. Of which, MPD is the only one.

Surely, we can trust the MPD to do their job in a timely and efficient manner, showing due respect for law, right? Nothing on the record would indicate that any sort of corruption is likely to result from MPD taking full control of the licensing plan. We definitely haven’t seen that anywhere else, especially not New York. But I digress.

The point here is that while there is no private FFL available to conduct transfers, people have to rely entirely on a government known to be hostile toward gun rights, and even if Sykes comes back to work once the coronavirus situation has been addressed, the services provided will still be woefully inadequate. Mayor Bowser wants to eat her cake and have it too by regulating access to firearms by using the most inefficient machine possible to permit people to exercise their rights – the government.

Picture yourself as the owner of a gun shop. You’re sitting around playing Animal Crossing because your Governor, maybe Gavin Newsom or some other clown, has violated the Constitution by shutting down your obviously essential business. Suddenly the phone rings. It’s the ATF, and they want to chat with you about a questionnaire. What do you think they want?

According to the ATF, they just want to help you help yourself. How? Well, they want you to participate in a short telephone survey, which is “entirely voluntary” and “totally not an inspection.” Forgive me if I’m skeptical. While they have you on the phone, the ATF rep will ask you questions about your business and your operations, how you’re using your license, and if you have any questions related to GCA or NFA operations. Based on your responses, the caller will take notes possibly feeding the information back to the FFLC for further action.

This is probably a “damned if you do, damned if you don’t” scenario. If you refuse to answer the call, maybe the ATF moves you up on the inspection list and scrutinizes your operations a little more than usual. Then again, if you answer the call and ask questions, maybe they scrutinize your operations and records because of the questions you asked. Who knows. Either way, just because business is slow doesn’t mean the ATF should be calling and bothering FFLs who are just trying to earn a buck (or are waiting for permission from their state government to do so).

Earlier this week Canada learned in the most unfortunate way that gun laws can’t stop evil. The perpetrator, who killed 21 people, was banned in 2002 from possessing firearms as the result of an assault conviction. Unsurprisingly, the Canadian government refuses to take any responsibility for its failings. The Commissioner of the Royal Canadian Mounted Police refused to say whether the shooter possessed a firearms license, while Bill Blair, Canada’s Minister of Public Safety said it’s “inappropriate” to ask the question. Is it? Of course not. When your government has deprived you of the right to defend yourself, you should have an equivalent right to question its actions when it fails to keep you or your family safe. Of course, while the flags were still at half mast, Justin Trudeau was calling for an absolute ban on so-called assault weapons. I wish I could say that I’m surprised, but I’m not. After all, ghouls never let a tragedy go to waste.