Pres. Trump made big headlines with his speech this week to the UN General Assembly, but the media buried the biggest one of all... 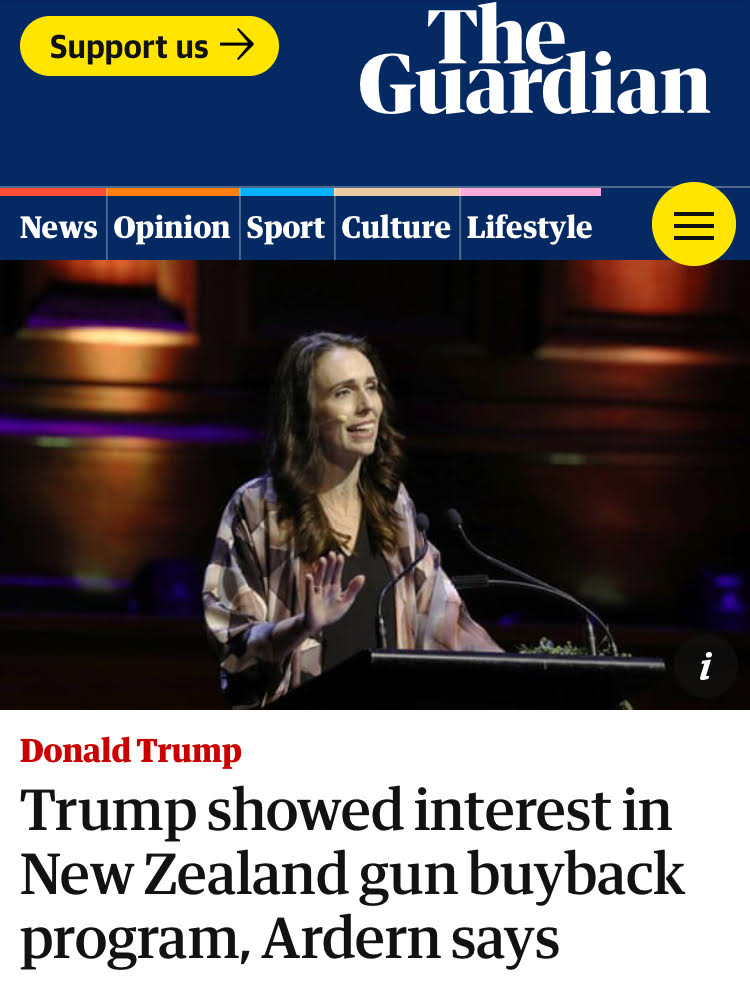 According to media reports, the President met with New Zealand Prime Minister Jacinda Ardern on Tuesday behind the scenes to discuss gun control.

“It was a conversation around our buyback and obviously the work that we have done to remove military-style semi-automatics weapons and assault rifles... I referenced the fact that actually Australia had gone through a similar process and we really learned from them.” Ardern said.

What's more, Trump is reportedly still mulling what gun control measures he might support. And meeting with the leader of a country who just implemented one of the most sweeping gun confiscation efforts in history is NOT a good sign.

And it's with that in mind that we are urging you to keep up the pressure on the White House.

So please contact the President and tell him you OPPOSE any attempt to enact new gun control.