We've reached a time where your own home could be declared a gun-free zone...

Another “nobody is trying to take your guns” success story. It has come to our attention that a housing development group called RPM Deelopment Group is prohibiting their tenants from owning firearms. You have two choices: keep your gun(s) or become homeless. A new low for the anti-gun bigots! 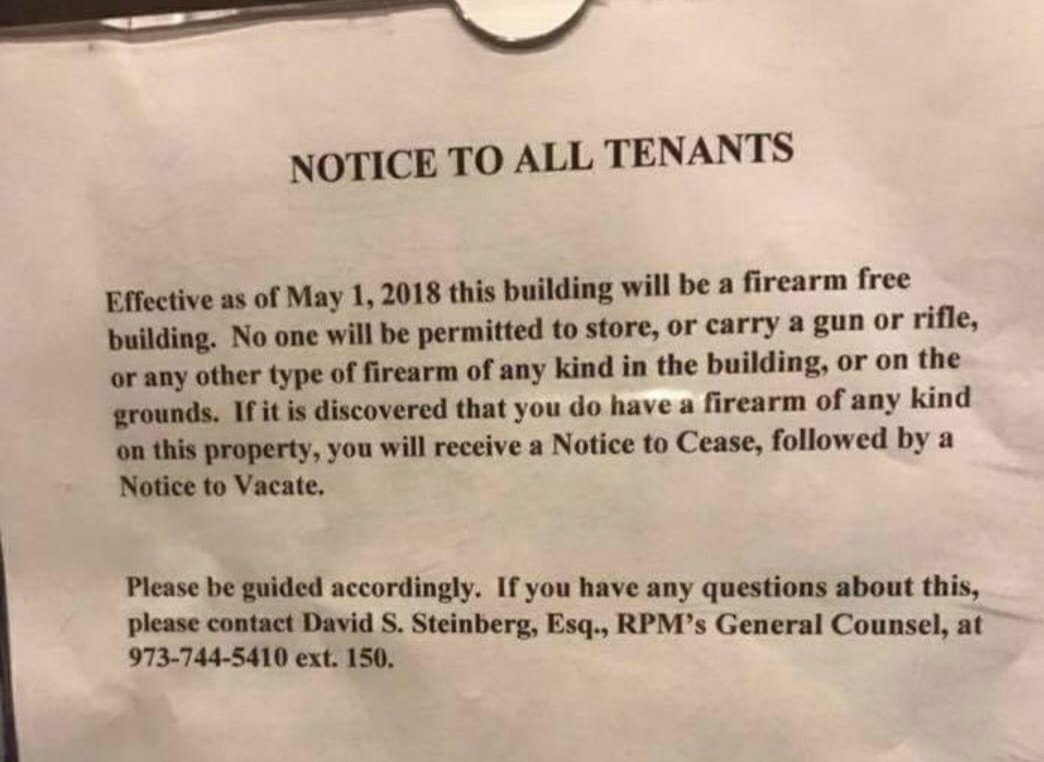 While Mom’s Demand Action claims that “nobody wants to take your guns away,” one common theme keeps happening: our guns are being taken away either by usurpation or now by being barred from having them in our rental apartments. Despite the fact that the Supreme Court's Heller decision states that we have a constitutional right to own and bear firearms in our homes, RPM Development Group believes they are immune.