Fight the ATF - Win a 3D Printer from Ender 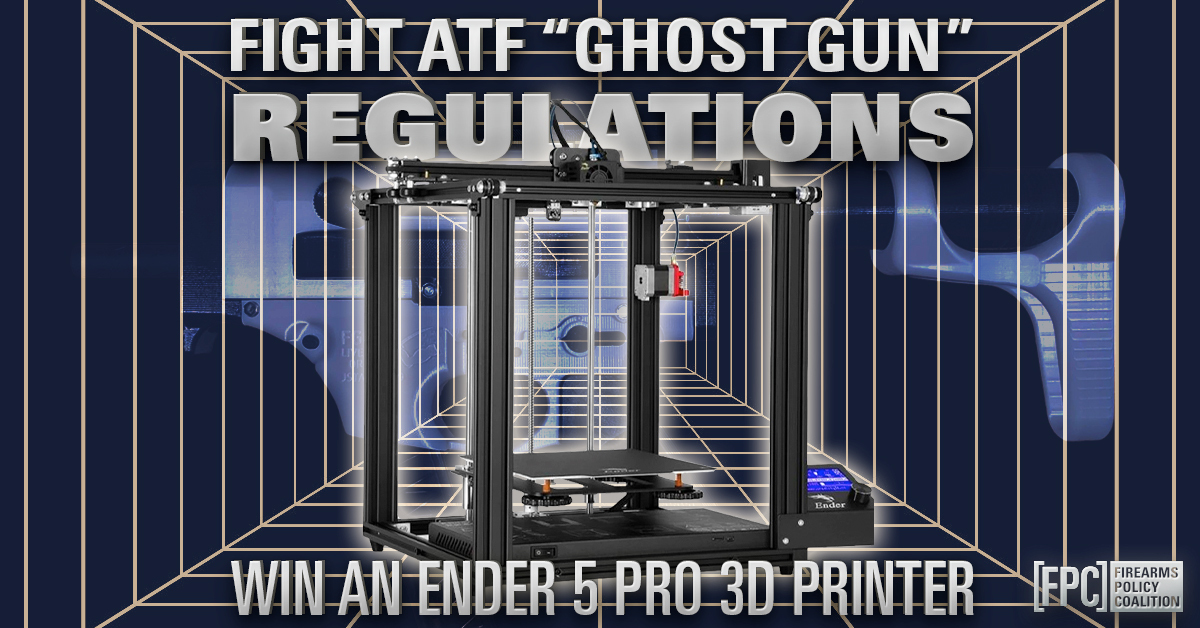 We're running out of time to time to stop the ATF's proposed rule redefining firearm frames and receivers.

These "ghost gun" rules could allow a federal goon squad to raid your home for "illegal gun making" based on owning a few simple spare parts or an unfinished block of aluminum.

After signing up for the Ender 5 Pro 3D Printer giveaway, we will redirect you to the ATF's comment page for this proposed rule.

Commenting is not required to win, but if we're going to STOP this treasonous proposed attack on the Second Amendment, it is CRUCIAL that every patriot tells the tyrannical thugs at the ATF that they OPPOSE this draconian rule!

Thank you for entering and for helping FPC go toe-to-toe with the despots at ATF!