Senator Dianne Feinstein is at it again.

This time she has introduced the most freedom-infringing bill we have ever seen.

Her new "assault weapons" ban takes many of California's ideas, such as a features test which states all semi-auto rifles with a threaded barrel, pistol grip, or telescoping stock would be banned, and implements them on the Federal level.

Now there could be many in California or other states behind enemy lines that are thinking "why do I care?" Well Feinstein takes her bill a step further in saying that any semi-auto with a barrel shroud (meaning any AR or AK hand guard) would be banned!

And if you think you can go featureless or have some sort of work-around... well Feinstein has something for that.

She basically says f*** you by banning every single AR or AK (including 22s) in her massive bill by name and by frame.

Constructive possession? Sure, why not, says Feinstein.

We HAVE to stop this insane bill from gaining any traction.

Meaning we need to build our war chest to combat the massive push by anti-gun groups and billionaire elitists that will be doing everything in their power to get this bill moving. 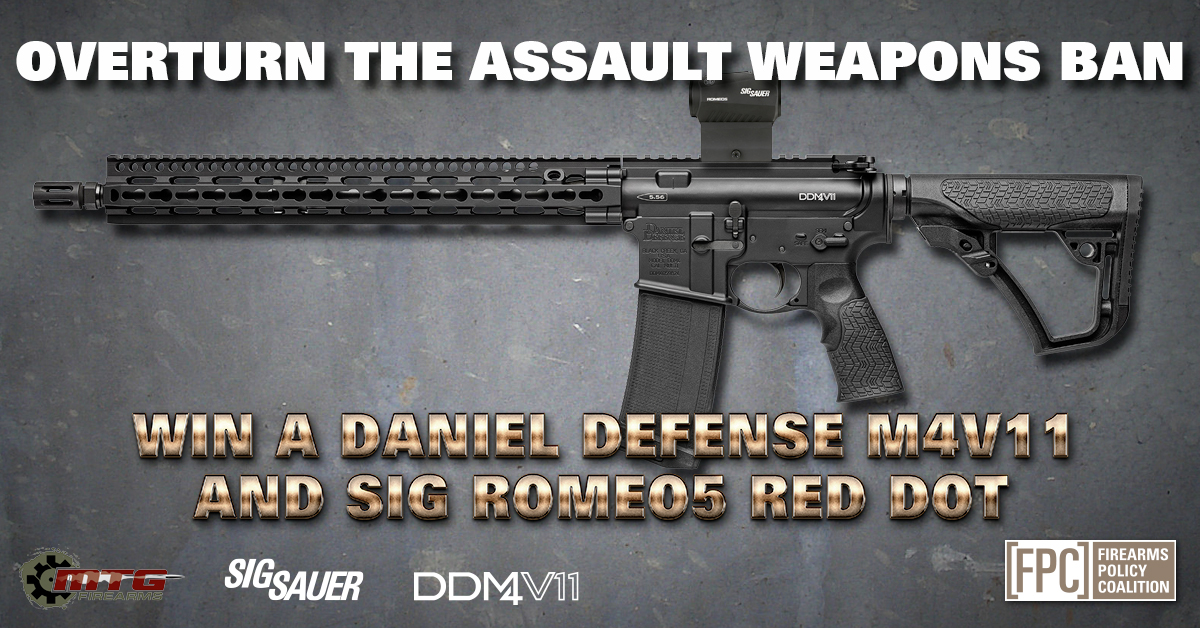 And if you have noticed, our Republican-controlled Congress is caving on literally every issue, with the most recent being the Second Amendment.

So we need YOU to step up right now!

As a thank you, we'll enter you into our brand new giveaway for a Daniel Defense M4V11 and Sig Romeo5 Red Dot!

Look, we're not going to be able to kill this bill on our own.

Feinstein was instrumental in getting the original "assault weapons" ban signed into law in 1994, which banned ALL of your favorite rifles for 10 years.

We CANNOT let this happen again.

Get into the fight now. And one of you can flip Feinstein the bird by winning the very gun she wants to BAN.