Senator Kamala Harris of California has just been named to the Senate Judiciary Committee, spelling horrible news for gun owners.

This is the same woman that said that members of Congress “need look at autopsy photographs from Newtown” before voting on a gun control bill.

As CA Attorney General, she defended discriminatory CCW laws but her greatest offense was presiding over a literal gun confiscation program that sent police to go door to door to take guns away from gun owners based on the highly unreliable “Armed Prohibited Persons System.” She later had to return many of those same guns back.

Now the Senate Judiciary Committee is no backbench, do nothing committee. It has has enormous power.

It is responsible for approving all federal court nominees, often being the difference between a judicial appointment being approved or blocked.

Having an anti-gun Senator, especially one with the record of Kamala Harris, sit on the committee responsible for these appointments means FPC's legal program to protect the Second Amendment becomes that much more important.

This committee has an enormous role in shaping our judicial system and taking on Kamala Harris will be no easy task, but here at FPC, we know her better than anyone.

That’s because we have one of the best, most robust and active legal programs in the country.

We fight these anti-gunners in court and we BEAT them, but we can’t keep doing this in 2018 without your help which is why we wanted to ask you to chip in and help fund the battle to save our civil rights in the courts! 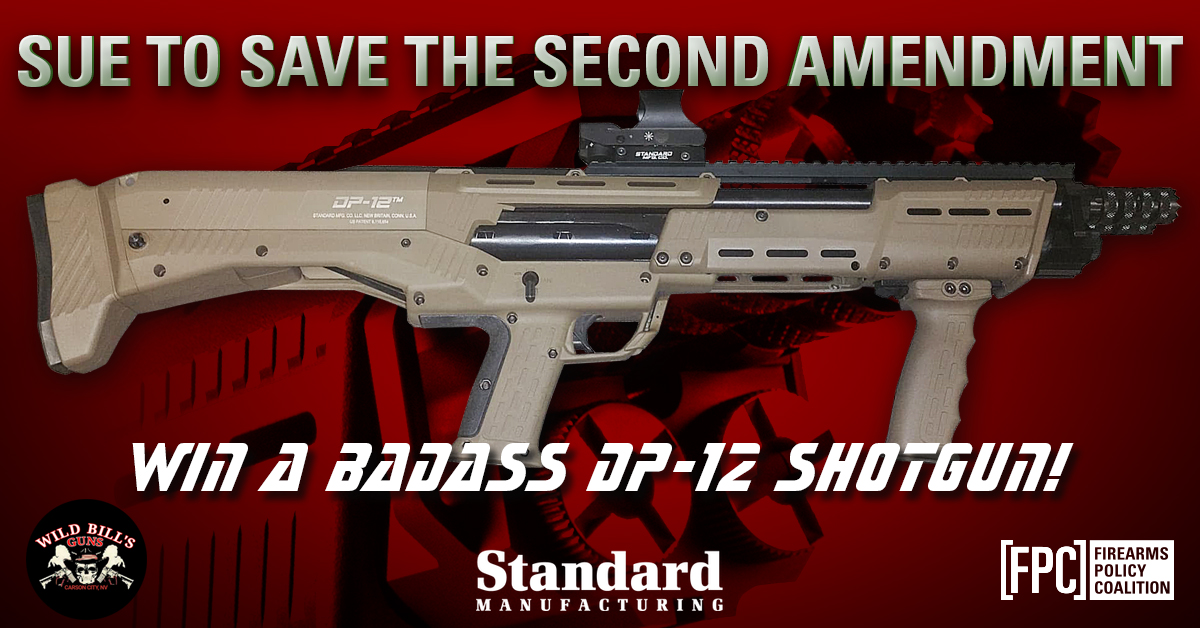 As a special thank you for your donation, we’ll automatically enter into our giveaway for a badass DP-12 shotgun!

Kamala Harris is a fierce, anti-gun warrior but we know exactly how to stop and defeat people like her!

Help fund FPC’s legal program today and join the fight to save the Second Amendment from the gun grabbers in court!

Cases like Heller and McDonald paved the way for gun rights in this country, but there are more cases out there that need to be fought and won and require your help today.

There’s no other way of saying it.

Without the support of FPC’s members and supporters, we just won’t be able to stand up and fight back against Kamala Harris and those like her.

That’s why we absolutely need to your help to make sure that we have the resources and man power required to beat back anti-gunners like Kamala Harris and protect your God-given rights.

Will you help us advance the Second Amendment in the courts?

Donate to FPC’s legal program today, get the chance to win an awesome shotgun, help save the Second Amendment, and join the fight to restore the Bill of Rights in our country!