In a stunning victory for Second Amendment advocates and supporters, anti-gun Dean Winslow's nomination to the Pentagon was put on an indefinite hold by the Senate Armed Services Committee. Winslow then decided to withdraw his name from consideration altogether.

This is the same guy who said it was "insane" that American citizens could purchase AR-15s just days after a law abiding citizen stopped the Sutherland Springs massacre with the same exact rifle.

In article to the Washington Post, Winslow claimed he was being rejected because of an "informed, personal opinion." What a joke.

The reason he was rejected was because of YOU.

Because of all the grassroots supporters who contacted the Senate Armed Services Committee and urged them to reject his nomination, this Constitution hating asinine moron will not be working at the Defense Department.

FPC is deeply grateful for its members and supporters of the Grassroots Army. Actually, we love you guys. We really do.

You're what makes FPC what it is. What we do really couldn't happen without your help and support.

If you help us out, we'll automatically enter you into our giveaway for a Nighthawk Custom GRP Recon with a Surefire X300. 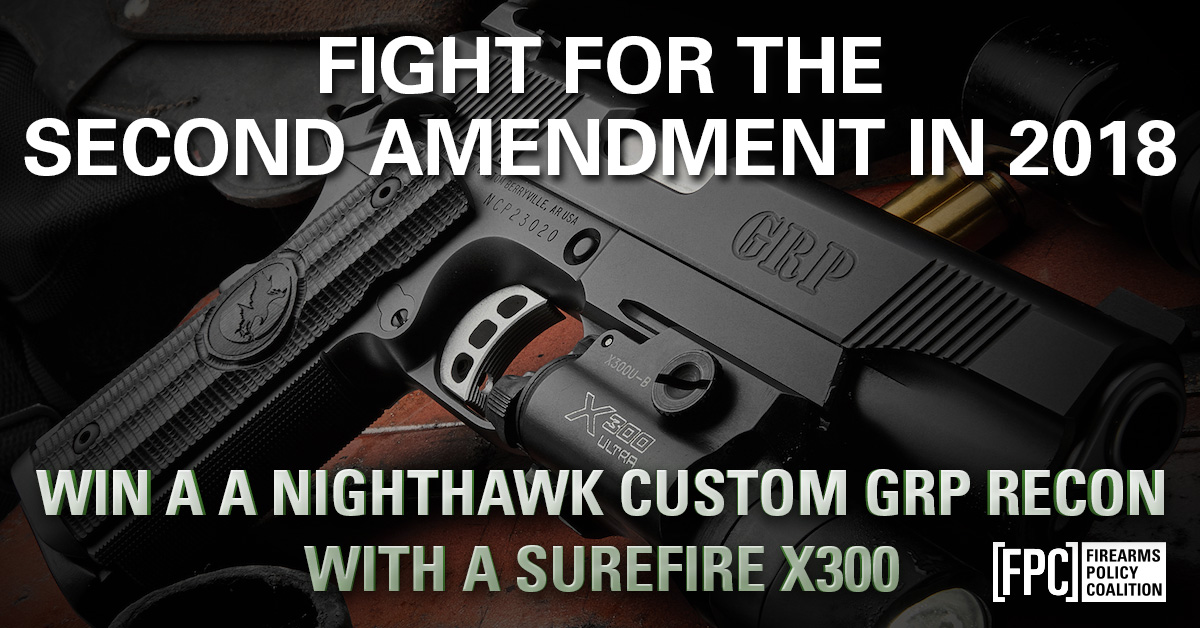 This $3,300 gun would make a great Christmas present for the New Year!

Donate to FPC today and let's beat back the gun grabbers in 2018!