This Week in Gun Rights 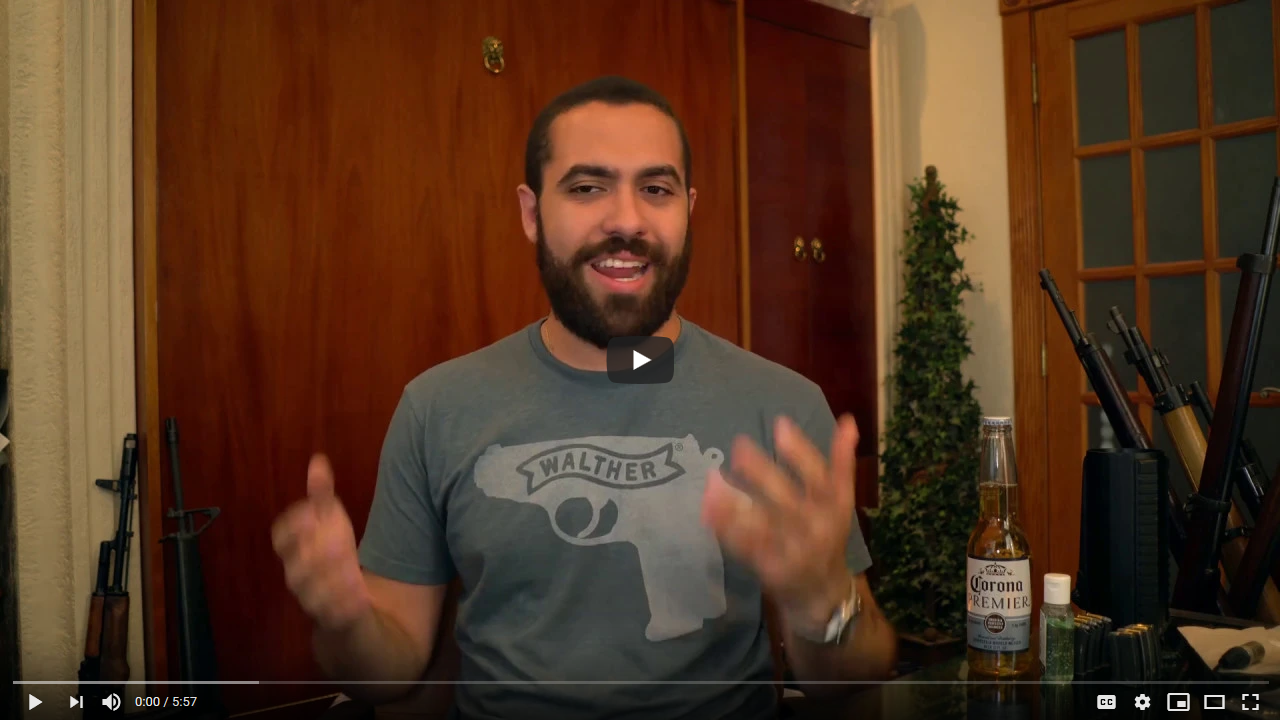 FGC-9: The plastic arm of the free world

I’m excited to announce that the FGC-9 was made publicly available on the Deterrence Dispensed website. The FGC-9 is chambered in 9mm and can be built and assembled using a $200 printer, virtually no “firearm parts,” and an electro-chemically machined barrel (read: you can make the barrel in a bucket).

3D-printed firearms have come a long way, despite a lot of meddling from authoritarian politicians. Despite what your fuddly neighbor might say, the most commonly exchanged plans don’t yield guns that will “blow up when you pull the trigger.” They’re largely safe, economical, and customizable. 3D firearms are simply a continuation of the timeless tradition of home firearms manufacturing. Because this technology is already out there, any laws intended to hinder access to firearms are basically useless. Why is that a good thing? Human freedom. Easier access to arms means freedom fighters around the world may be able to protect themselves against tyrannical governments and fight oppression and genocide. To learn more about the FGC-9 and other “desktop firearms,” you can visit ARES and check out their report.

As you’re likely aware, the Justice Department reclassified bump stocks as “machine guns” after outcry following the Las Vegas shooting. As a result, people who owned those bump stocks were told to either surrender or destroy them. Of course, we here at FPC filed multiple lawsuits opposing this decision as unconstitutional and because it was an invalid power grab on part of the Executive Branch. To add injury to, well, injury, the federal government also claimed that people didn’t have a right to financial compensation despite being deprived of their property. The Justice Department claimed that because the order was a “valid exercise of police power” (it wasn’t), they didn’t have to pay out the owners. Well, on Monday, to the chagrin of the DOJ, a federal judge in Texas (who, ironically enough, was appointed by President Trump) rebuked this ridiculous claim in the ongoing case Lane v. United States, explaining that “the federal government forgot the Tenth Amendment and the structure of the Constitution itself.” While this wasn’t a ruling in favor of the bump stock owners, it at least shines a decent light.

This Tuesday, the federal Cybersecurity and Infrastructure Security Agency (CISA) updated its critical infrastructure list to include “[w]orkers supporting the operation of firearm or ammunition product manufacturers, retailers, importers, distributors, and shooting ranges.” The revision was included under the CISA infrastructure subsection for law enforcement, public safety, and first responders. Of course, it’s my position that it’s patently obvious that gun shops shouldn’t have to be included in the list at all - the ability to deal in arms is an activity protected under the Second Amendment, but it’s also justifiable from a public policy perspective - the ability of individuals to defend themselves is a matter of public safety.

I’m usually not one for schadenfreude, but Moms Demand,Giffords, and Everytown absolutely flipped their lids when this revision was published. In response to this totally reasonable turn of events, the grabbers took to their phones and began lobbying governors across the country to ignore the federal government's determination. John Feinblatt, former policy adviser to Mike Bloomberg and current president of Everytown, said:

“It’s shameful and nonsensical that the Trump administration has decided to put gun dealers and manufacturers on the same level as police, first responders, hospital workers, and other Americans who are risking everything to save lives during this pandemic. Governors should feel free to ignore this irresponsible advisory and do what’s best for their residents.”

Mr. Feinblatt couldn’t be more wrong. If lethal force capability is necessary for the police, many of whom are falling ill and are unable to work, then who is going to keep people safe? Could it be that Americans, the same people who had little government-run police force until the 1830s, are ultimately responsible for their own safety, especially in times of crisis? Lastly, why are you putting governors on a pedestal, especially when you regularly criticize their ability to “do what’s best for their residents”? Paternalism wasn’t a founding principal, nor is it welcome in a free nation.

Perhaps the most hilarious argument of the week comes from David Chipman of Giffords, who for some reason thinks that people buying guns today will be flat broke by the time the epidemic is over and, driven by their Maslovian basic needs, are going to turn those firearms against other people to put food on the table. There’s something I want to point out first - Chipman is a former ATF guy, so he’s not exactly qualified to lead a discussion on the socioeconomics of COVID-19. That aside, Chipman’s argument is willfully ignorant of the evidence that Asians are being attacked across the country, and many are now buying firearms for self-defense. Guns are like fire extinguishers. You don’t need them until you need them, but when you do, you’re glad you have them.

2019 was a record year for NICS checks, but the FBI is reporting that it ran nearly 3 million background checks for the month of March. Obviously, the majority of this increase can be attributed to people buying guns because of economic uncertainty, illness sweeping police forces, and anticipation of civil unrest. Of course, our freedom-hating counterparts are claiming that gun purchases are being pushed by the big bad gun rights groups, who are, of course, tricking people into buying firearms.

What they’re not saying is that many of the gun purchases are being made by progressive, first-time buyers. Of course this hasn’t stopped them from pushing politicians to parrot these bunk talking points.

Not only do the Karens of the world not understand the difference between an actual gun business and a non-profit organization, they also lack basic knowledge about gun laws, which was highlighted by all their complaining when they realized that they would have to comply with a number of obstructive laws even if they wanted to make a gun purchase in an emergency. After all the dust settles and people are no longer being forced to practice “social distancing,” I hope these new firearms owners remember just how difficult these organizations and politicians made it for them to protect their families.