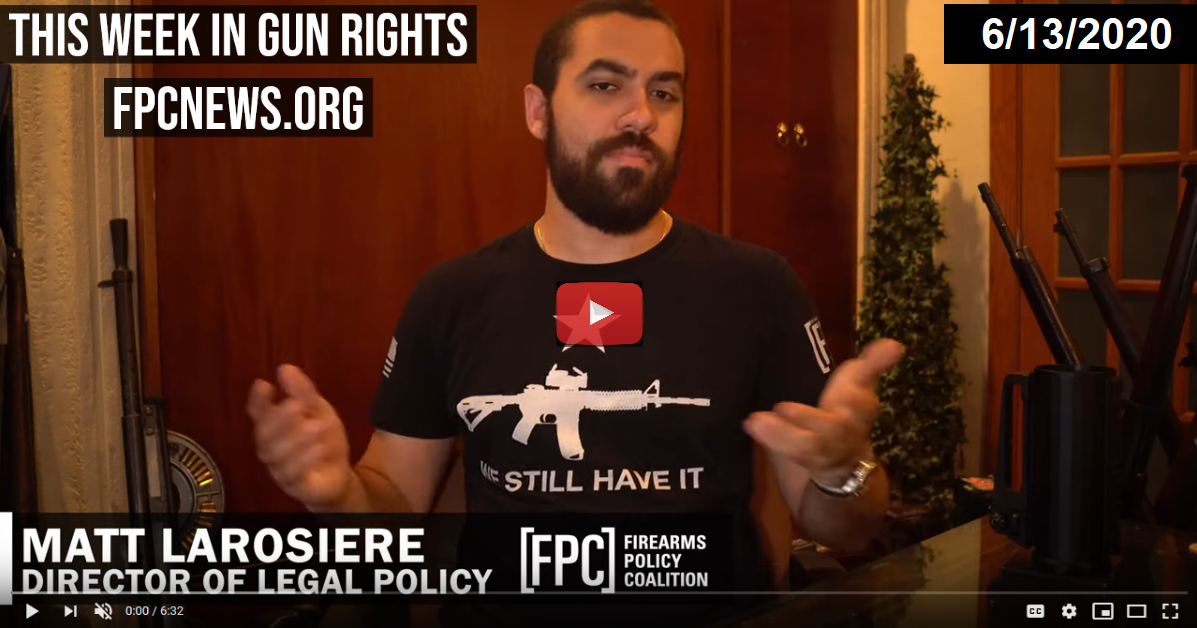 This Monday the family of George Floyd filed a petition to the United Nations requesting that they impose a series of reforms including abolishment of qualified immunity, mandatory usage of body cameras, halting the transfer of military hardware to police forces, and establishing an independent investigatory committee to address claims of excessive force and extrajudicial killings by police officers. The letter addressed to the UN Working Group of Experts on People of African Descent, implies that the government has prioritized protection of Second Amendment rights over the lives of African Americans.

I’m more than sympathetic to the issue of police brutality. It’s a horrifying national embarrassment. I do think it’s important to point out a couple things. First, while the idea of abolishing qualified immunity, demilitarizing police forces, and requiring enhanced oversight are worthwhile, they simply can’t be done by the UN because it lacks the authority to regulate the conduct of the several states and the federal government. Any assertion of control would be a violation of both our Constitution and sovereignty.

Second, if we’ve learned anything about the police and the government over the last couple weeks, it’s that many of them don’t respect the lives of civilians and that they absolutely don’t respect the Second Amendment, even if President Trump may pay lip service for whatever purposes. Instead of appealing to yet another organization like the UN, the Floyd family and their supporters should instead focus on direct, domestic action like lobbying and pushing out the politicians and institutional leaders who are part of the problem. Likewise, members of minority communities should embrace the Second Amendment. We’ve learned that we can’t rely on the state to protect us, especially in uncertain times.

One of the lessons we’ve been learning over the last several months is that politicians love using crises as an excuse to suspend the right to buy firearms. And when they can’t get the job done by shutting down gun stores, they find more insidious ways to accomplish their goals.

This was the case in Connecticut, where the Governor issued an executive order allowing the Department of Emergency Services and Public Protection (that’s a mouthful) to suspend fingerprinting. It doesn’t sound like a big deal until you realize that in Connecticut, fingerprints have to be submitted in order to conduct background checks for handgun permits and certificates. Fortunately for citizens of Connecticut, a federal judge has issued a preliminary injunction, requiring the state to resume collection of fingerprints at least until the lawsuit concludes.

School Resource Officers: how do they work? According to Belinda Queen of the Prince George’s County School Board, they pretty much don’t. On Monday evening, a proposal was brought before the board to dismantle the program which provided school resource officers, instead earmarking $5 million for social workers and mental health professionals. This is a complicated issue. We know the police don’t have an affirmative duty to protect us, and we also know their presence in schools worsens an awful school-to-prison pipeline.

New York is one of the worst states in the union when it comes to being able to exercise your Second Amendment rights. Now they want to make it worse. New York Senate Bill S7065, sponsored by James Sanders Jr. (D-10th) would amend the state’s mental hygiene law to have doctors to decide whether or not you should have the ability to own a firearm. Specifically, the state would set up a division to process mental health evaluations of anyone purchasing a pistol, rifle, or shotgun. It would also standardize procedures for conducting these examinations, including the development of a form to be used by doctors.

New York implementing another barrier to the exercise of constitutional rights shouldn’t come as a surprise to anyone. This is the same state where having too many speeding tickets can have you declared a “scofflaw,” which is a basis for denying your gun permit application. Passing this law is a dodge; many doctors are anti-gun, so of course they’re likely to find that you’re unsuitable. The point is that the state will be able to rely on the doctor’s findings to be able to do what they wanted to do in the first place - ban you from buying a firearm.

You’ve likely heard about Seattle, where what seem to be anarcho-communists decided to establish an “autonomous zone,” excluding the police from accessing about six city blocks. Their plan was simple; live communally while relying on assistance from the outside in the form of food, water, and other supplies. Raz, a local rapper known for handing out his mix-tapes in his pre-war days, has emerged as a leader. He’s being accused of “warlording.” What a timeline we live in.

In contrast, things in Spokane are comparatively tame, where armed militia groups have been protecting stores from looting. The store owners, fascinatingly, have expressed “concern” about the presence of the militiamen.

After Trudeau issued his massive gun ban list, it should come as no surprise that a black market for firearms quickly entrenched itself in Canada. You know, it’s almost like this concept could have been gleaned from other North American bans, like Prohibition and the War on Drugs. Nonetheless, the Winnipeg police were baffled to find a spooky ghost gun made with a 3D printer.

Inspector Max Wadell said or the apparitious AR “I can only think of one reason where anyone would manufacture a firearm that cannot be registered or detected and that is to circumvent the laws that are in place to protect us all.” Well Inspector, you’re partially correct. By banning those guns, you forced people that would’ve purchased firearms legally to find an alternative means of acquisition, but I’ve got to disagree with the rest of your statement.

There’s nothing “undetectable” about those guns, and the laws you had on the books didn’t stop the tragedy that precipitated this massive gun grab. It’s a little unfair to place the blame on those who simply want to possess guns.