The Brady Campaign has found a willing ally in Republican Asm. Catharine Baker in their quest to stomp out the Second Amendment.

They think you’re stupid, and that you don’t know that guns are "dangerous" when you go to purchase one. Baker’s childish AB 1525 seeks to force gun manufacturers and dealers to put warning labels on guns and signs around their stores. This is in addition to literally dozens of other warning signs that are on the premises.

And then they want YOU to sign an official document stating that you have carefully read all of the warnings about the "dangerous" item you just purchased.

Well, we think that our "warning" label looks a lot better than the crap being pushed in this bill: 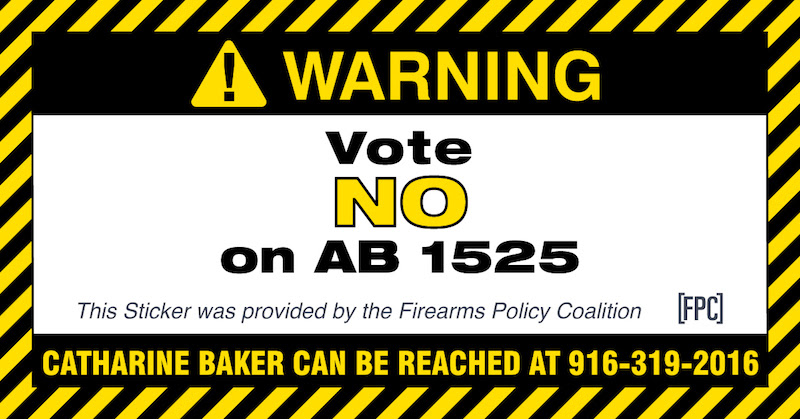 It is obvious that the Brady campaign has just found a gun-banning Republican in Asm. Baker to act as their mouthpiece.

But we can stop them dead in their tracks!

Send an email to the committee and then give Baker a call at 916-319-2016. Let her know you stand with FPC and you are asking her to stop her ridiculous bill!

The bill is up in the Appropriations Committee today. We need to you to get involved NOW!