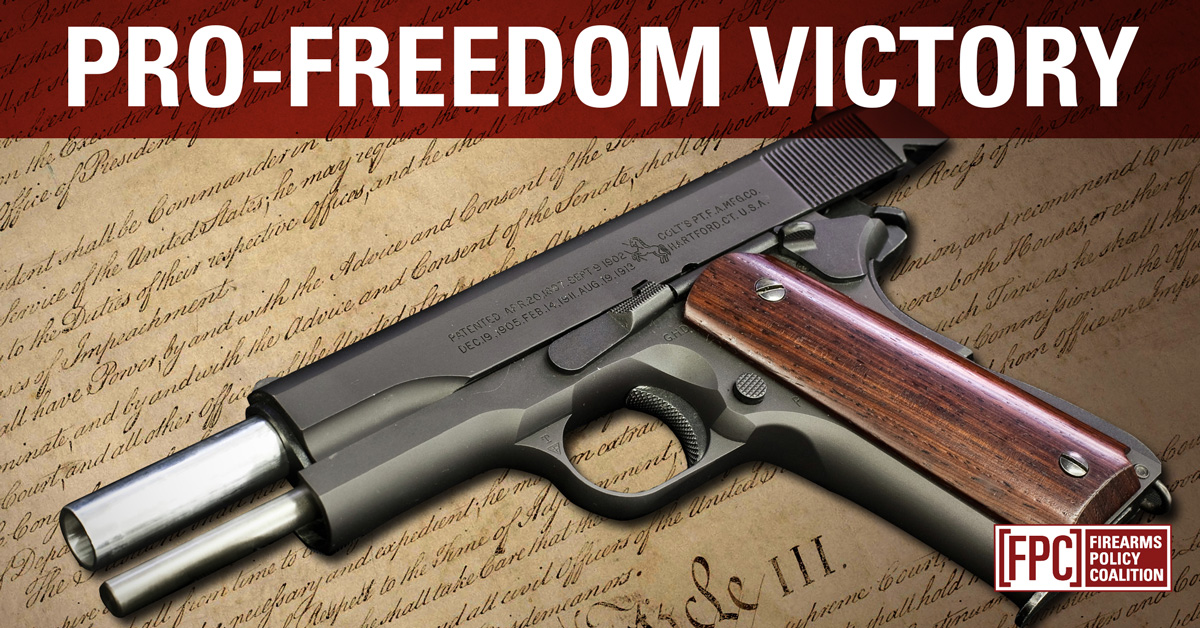 In a pro-2A victory, President Trump signed HR 2810, legislation that included language to mandate the sale of at least 8,000 surplus 1911s by the Civilian Marksmanship Program (CMP.)

Previous administrations have signed bills that allowed for (but did not require) the sale of these firearms. Obviously, not a single one has been sold up until this point (because why would the Obama administration make it easier to buy guns?)

There are over 100,000 surplus 1911s in storage and many feared that the weapons would be melted down before HR 2810 was signed into law.

This is a significant victory for gun owners and Second Amendment supporters. Of course, the gun grabbers are crying foul and are whining and complaining which makes the victory even more sweet.

Rep. Mike Rogers (R-AL) and Sen. Luther Strange (R-AL) were the lead sponsors of the 1911 CMP language in the bill.

Firearms Policy Coalition thanks all its members and supporters for getting this legislation passed and signed into law, but now is not the time to sit back and relax.

There are numerous important battles coming up in 2018 and gun owners and Second Amendment advocates need to be vigilant and careful.

2018 can be a great year for gun rights, but only if we step up and push back hard against the agenda of those who would have us forfeit our rights.

Help us FPC defend the Second Amendment in 2018 by making a donation today!