It’s Time to Break Up [With] the 9th Circuit

Many people know that the powers of the United States Supreme Court and most lower federal courts are grounded in Article III of the U.S. Constitution.

But many people are unaware that it’s actually the Congress that makes most of the rules about the size, scope, and makeup of the courts. (“The judicial Power of the United States, shall be vested in one supreme Court, and in such inferior Courts as the Congress may from time to time ordain and establish.” Art. III, Sec. 1.) (See also 28 U.S. Code Ch. 3 for federal statutes on the courts of appeals.)

The U.S. Court of Appeals for the 9th Circuit currently has appellate jurisdiction over the district courts of 9 states (Alaska, Arizona, California, Hawaii, Idaho, Montana, Nevada, Oregon, and Washington, plus the territorial courts of Guam and the Northern Mariana Islands) -- about 20% of the total U.S. population and 40% of the physical area of the entire United States.

But that wasn’t always the case… 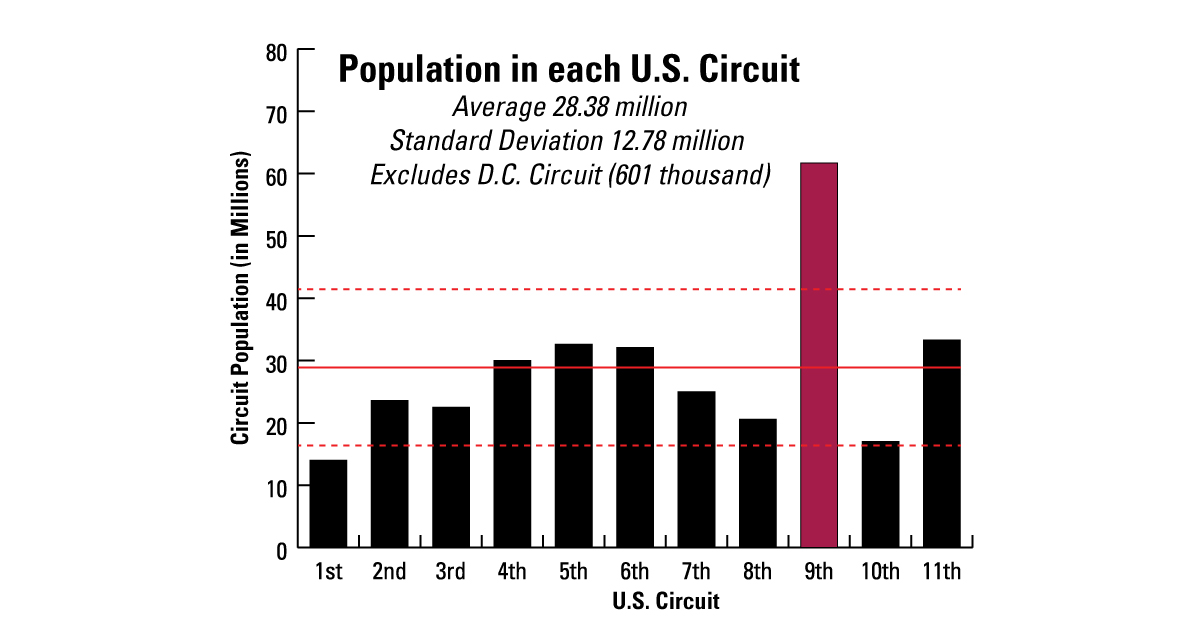 The court has so many judges now that when it does sit en banc -- that is, when the “full court” decides to hear an important case -- only the Chief Judge plus 10 other judges sit on a “limited en banc” panel. (That is, the Chief plus 10 of the 29 total active 9th Circuit judges, plus any senior judges who took part in the original panel decision….who are some of the most “progressive” jurists in the country.)

What some have called the “9th Circus” is the most out-of-touch with fundamental liberties, due in no small part to President Jimmy Carter. During his presidency, and with the cooperation of a majority in Congress, the number of judges in the 9th Circuit was doubled - and he filled them with “some of the most liberal jurists in American history.” Seven of those judges remain on the court today.

The 9th Circuit’s current Chief Judge -- Sydney Thomas of Billings, MT (appointed by Bill Clinton in 1996) -- authored the anti-gun rights dissenting opinion in the original Peruta v. San Diego 3-judge panel decision on California’s “may issue” carry license scheme as well as another anti-gun rights opinion in the Silvester v. Harris 10-day waiting period case. (Thomas will serve as chief judge until 2021, when the role will rotate to another active judge.)

Since 2010, more than 10 of the 9th Circuit’s cases heard by the Supreme Court have been unanimously reversed, and in one case Justice Anthony Kennedy “accused the circuit of demonstrating ‘judicial disregard’ for ‘sound and established principles.’"

And in March 2007, Supreme Court Justices Clarence Thomas and Anthony M. Kennedy testified before a House Appropriations subcommittee that the consensus among the justices was that the 9th Circuit was too large and difficult to keep in check, and should be split.

“We have a bedrock principle of swift access to justice, and if you live in Arizona or anywhere in the 9th Circuit, you just don’t have it. Fifteen months it takes for the average decision to be handed down, and that’s far too long.”

For Second Amendment civil rights supporters and advocates, it has been and remains one of the toughest courts in the country to advance the right to keep and bear arms. But, if Congress enacts any of the measures to address the 9th Circuit’s caseload and size issues, the 9th Circuit as it’s currently constituted might not exist much longer.

Indeed, President Trump recently told reporters that “What’s going on in the 9th Circuit is a shame” and that he “absolutely” has considered proposals that would break it up.

If it’s passed and signed into law, H.R. 250 (authored by Rep. Andy Biggs, R-AZ) -- a measure we fully support -- would create a new 12th Circuit with jurisdiction over the more rural western states of Alaska, Arizona, Idaho, Montana, and Nevada. That would leave the other, more urban states and territories inside the reconstituted, smaller 9th Circuit Court. 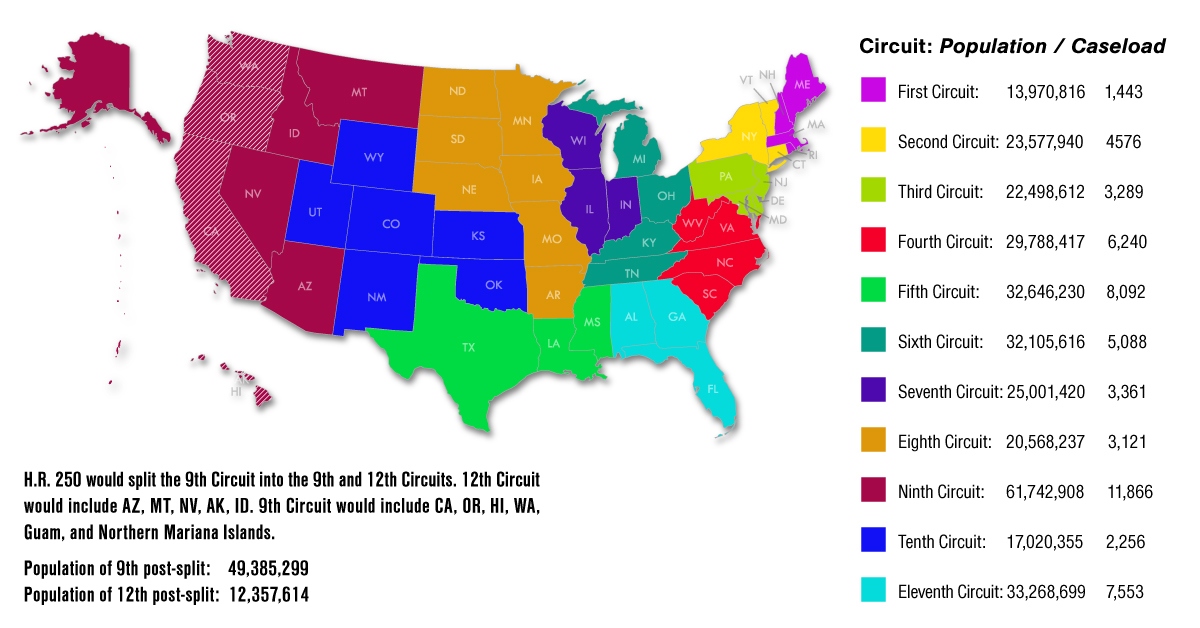 There are some other other competing proposals in the Senate to “split” the 9th Circuit, including S.276 and S.295 (though, as currently written, we believe that H.R. 250 is the best, most thoughtful long-term solution).

For example, S.276, sponsored by Arizona Senators Jeff Flake and John McCain, would keep California and Oregon in the 9th Circuit along with Alaska, Hawaii, and the Pacific territories, then create a new 12th Circuit out of the balance of the states currently in the 9th Circuit.

But, no matter how it is achieved, what is absolutely true is that the 9th Circuit needs to be fixed: Congress must take action to reduce the 9th Circuit’s time-to-decision and jurisdictional scope.

We at Firearms Policy Coalition applaud all of the elected members who have taken up this extraordinarily important issue and look forward to supporting strong reform measures to protect due process, like those contained in H.R. 250.