Via the Gun Free Zone:

Lawful gun owners commit less than a fifth of all gun crimes, according to a novel analysis released this week by the University of Pittsburgh.

In the study, led by epidemiologist Anthony Fabio of Pittsburgh’s Graduate School of Public Health, researchers partnered with the Pittsburgh Bureau of Police to trace the origins of all 893 firearms that police recovered from crime scenes in the year 2008. 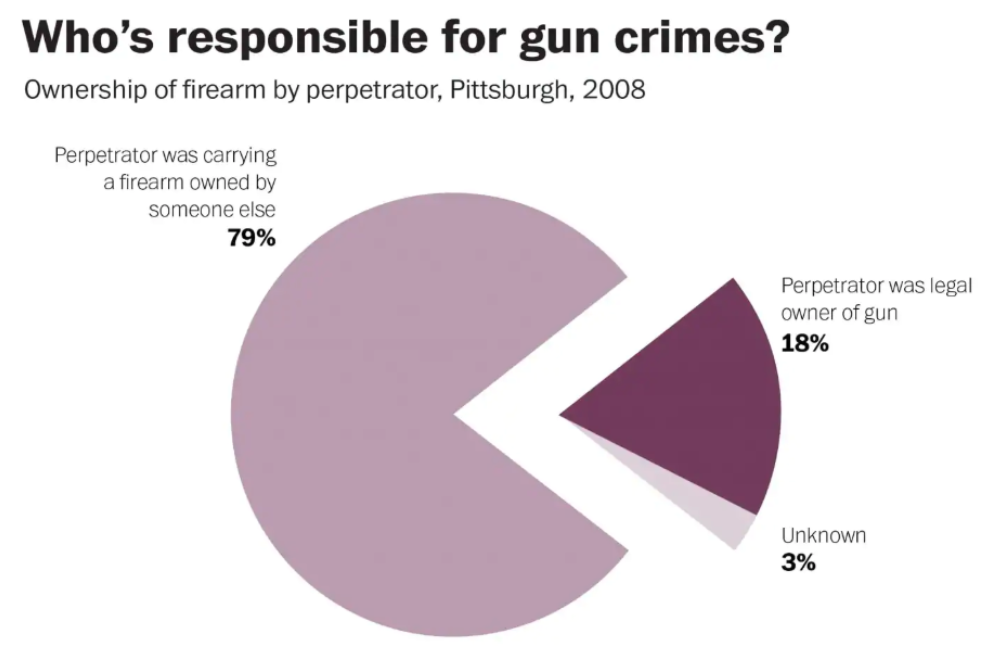 They found that in approximately 8 out of 10 cases, the perpetrator was not a lawful gun owner but rather in illegal possession of a weapon that belonged to someone else. The researchers were primarily interested in how these guns made their way from a legal purchase — at a firearm dealer or via a private sale — to the scene of the crime.

The take away is proof that all the gun control ideas that the Left can come up with that restrict the rights of law abiding citizens will barely make a dent in the homicide rate.  Of course we all knew that but it’s nice to finally have evidence in an academic study.