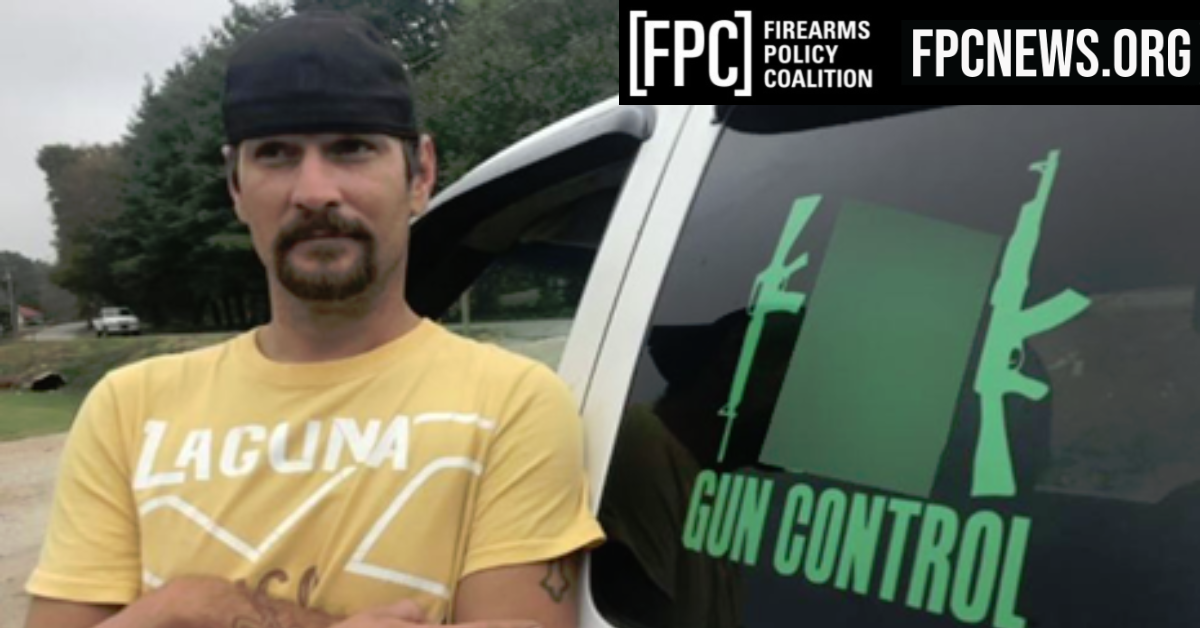 Plenty of gun enthusiasts have those circumstances in their lives where if they openly talk about their support for the Second Amendment, or that they like to go shooting on the weekends, it’ll cause friction.  Maybe it's your workplace, where talking about guns “isn’t appropriate.”  Maybe it's at your in-laws’ dinner table.  Lots of us have people in our lives who just don’t like guns -- and while they may preach tolerance, they aren’t quite capable of politely tolerating your support for your fundamental rights. At work or at dinner it may be frustrating to know that you can’t express your opinion without repercussions, but when it's the government that's chilling your speech, that's when you need an attorney.

Well, it turns out the Sumner County, Tennessee Sheriff’s Office just couldn’t politely tolerate Nicholas Ennis’ choice to be an outspoken supporter of the Second Amendment. Today, Firearms Policy Coalition (FPC) announced that attorneys for FPC, Firearms Policy Foundation, and Mr. Nicholas Ennis filed a new federal lawsuit over the unconstitutional stop and citation of Ennis based on a pro-Second Amendment decal displayed on his truck, violating Mr. Ennis’ First Amendment right to free speech, and Fourth Amendment right to be free from illegal search and seizure. 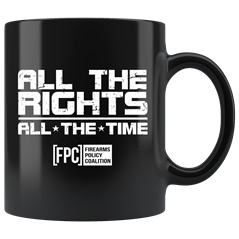 (Not just a great slogan for a coffee mug, we actually mean it)

As a law-abiding resident of Sumner County who supports and lawfully exercises the Second Amendment right to keep and bear arms, Mr. Ennis responsibly advocates for this right through peaceable political speech, including on the controversial topic of gun control measures. This case concerns one form of that speech—a window sticker displayed on Mr. Ennis’s truck that contained the message “Fuck Gun Control.”

Last September, while pumping gas, Sheriff’s Deputies observed Ennis’s truck which displayed the sticker. As Mr. Ennis attempted to leave the gas station, he was pulled over.  He was cited under Tennessee Code 55-8-187, which prohibits “obscene or patently offensive bumper stickers.” Mr. Ennis hadn’t broken any traffic laws, his truck was in roadworthy condition, and he was driving the speed limit. He was stopped, detained, and cited, all because the deputy didn’t like what Mr. Ennis’ sticker said.

While the charges stemming from the citation were eventually nolle prossed, meaning the DA’s office elected to drop them, the damage to Mr. Ennis’ Constitutional rights had already occurred. Not to mention the expense and hassle of hiring an attorney and the looming threat of being pulled over and cited again. Not only was Mr. Ennis’ speech protected by his First Amendment rights, but because Sheriff’s Deputies initiated the traffic stop for no other reason than the protected speech, they also violated Mr. Ennis’ Fourth Amendment rights against unreasonable search and seizure.  Put simply, the cops can’t pull you over purely because you’re exercising your rights. 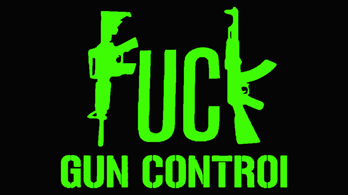 The political message on Mr. Ennis’ bumper sticker was legally indistinguishable from the message at issue in the seminal free speech case of Cohen v. California, where Cohen strode through a courthouse in 1968 wearing a jacket bearing the slogan “Fuck the Draft”—at a time when the draft was at least as controversial as gun control laws are now—and the high court ruled he was fully within his free speech rights to do so.

Like Cohen’s speech, Ennis’s speech about gun control could not be suppressed for merely being “offensive” to the sensibilities of some people, because no-one who saw the message “could reasonably have regarded the words . . . as a direct personal insult.” The speech also could not be regulated as “obscene” because speech may be suppressed as obscene only if it describes sexual conduct in a patently offensive way, appeals to prurient interests in sex, and lacks any serious literary, artistic, political, or scientific value. “Whatever else may be necessary to give rise to the States’ broader power to prohibit obscene expression, such expression must be, in some significant way, erotic.” Mr. Ennis’s non-sexual message about the hot button political issue of gun control fits nowhere within the definition of “obscene” speech subject to regulation.

The Fourth Amendment claim flows naturally from the First Amendment claim. Because decades of case law make clear that Mr. Ennis bumper sticker was protected free speech, and because Sumner County Sheriff’s deputies stated expressly that they were pulling Mr. Ennis over for no other reason, the traffic stop itself was a violation of Mr. Ennis’ Fourth Amendment rights.  The deputies needed reasonable suspicion or probable cause that Mr. Ennis had violated some law in order to pull him over in the first place.  But Mr. Ennis’s bumper sticker, on its face, could not have violated Tennessee's obscene bumper sticker law.  Without any suspicion that another violation had occurred, those deputies pulled over Mr. Ennis without any legal justification at all.

The suit seeks a declaratory judgment that Mr. Ennis’s constitutional rights have been violated. It also aims to prevent Sumner County from further enforcement of the obscene bumper sticker law against Mr. Ennis, or others who display similar messages on their vehicles, and to require Sumner County Sheriff’s deputies receive training as to the proper application of the law, consistent with its constituents’ constitutional rights.