A bill that expands who can request a Gun Violence Restraining Order passed the CA State Assembly on Monday.

AB 2888 is the brainchild of Assemblyman Phil Ting (D-San Francisco). It adds employers, co-workers, and school employees to the list of people who can petition a judge to have a person’s guns taken away without due process.

Ting argued his blatantly unconstitutional bill is necessary because of recent school shootings.

Predictably, other Democrats like Mike Gipson (D-Carson), Eloise Reyes (D-San Bernardino), and Al Muratsuchi (D-Torrance) supported this notion, even though the Santa Fe attack was perpetrated by a minor who couldn’t legally purchase a firearm.

These Democrats postured endlessly about needing to “do something” about school shootings, but neglected to point out how their bill would actually prevent such tragedies. 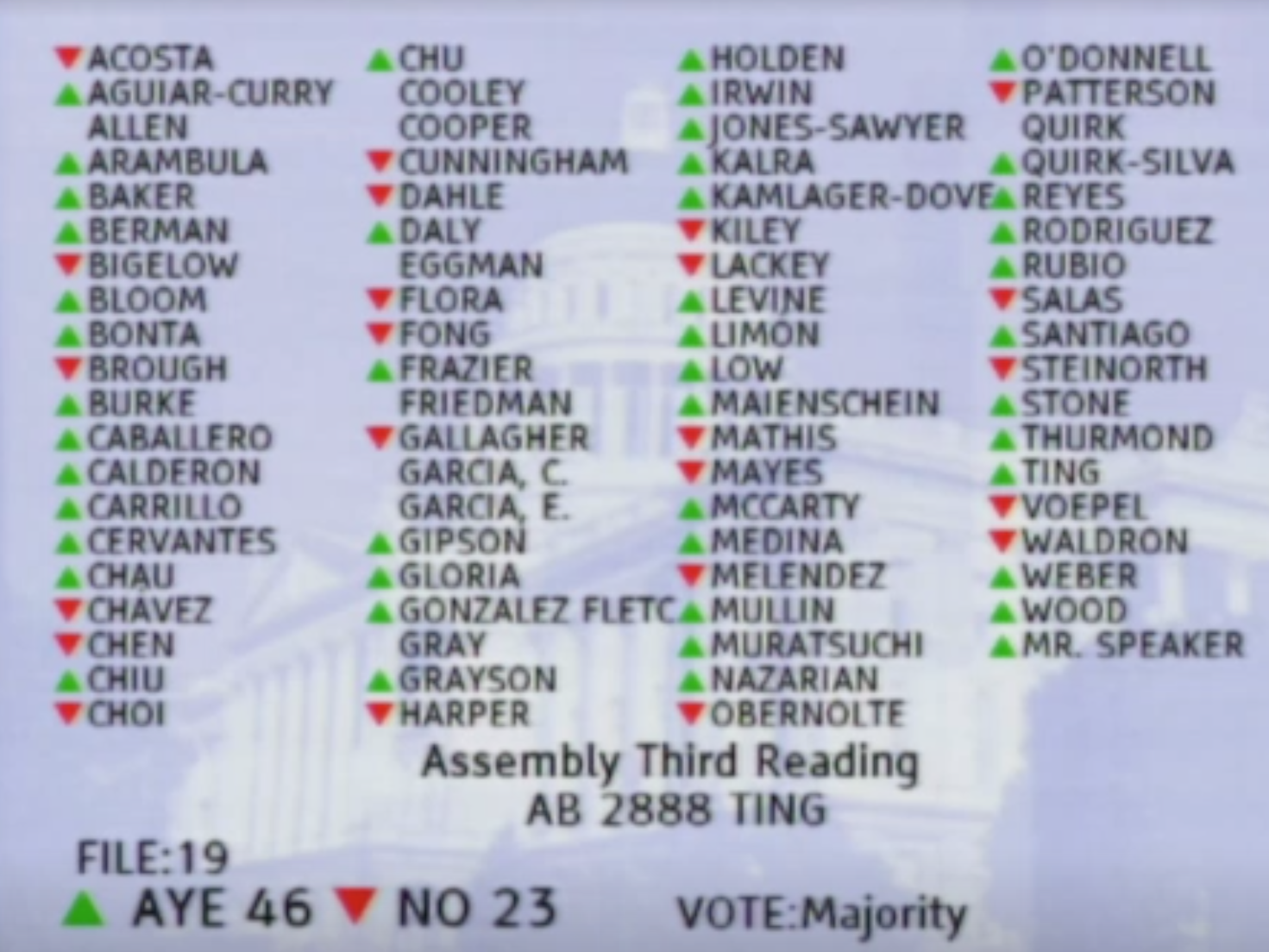 This point was not lost on Assemblywoman Melissa Melendez (R-Lake Elsinore), who said:

“This bill wouldn’t have prevented (the school shootings).” she said.

Assemblyman James Gallagher (R-Nicolaus), agreed, but went even further in his criticism of the bill. He argued AB 2888 would completely sidestep due process.

“Ex-parte (a type of secretive hearing) means you don’t get to come in and defend yourself,” Gallagher said. “You should at least have that opportunity.”

But perhaps the best rebuttal to Ting’s insane bill came about from the following exchange:

Jim Patterson: “With that, I would just suggest that when the National Rifle Association and the American Civil Liberties Union both are opposed to something, it’s probably something we ought to take a real long look at before we push the green button.”

And the Democrats’ response?

Ultimately Ting conceded that his draconian bill won’t actually prevent gun violence and said AB 2888 is “just a piece of the puzzle.” He said it could take 20 or 30 more bills to secure the kind of change Democrats want.

The problem is AB 2888 by itself manages to broadside the Constitution. Imagine these tyrants getting their way and passing a few dozen MORE gun control bills.

In the end, AB 2888 passed 46-23 in the Assembly. Only two Republicans supported the bill: Catharine Baker (R-Dublin) and Brian Maienschein (R-San Diego).

AB 2888 now moves to the Senate. Firearms Policy Coalition is calling on all supporters of the Second Amendment to OPPOSE this god-awful bill. Let your legislators know that your rights will NOT BE INFRINGED!