The cat's out of the bag.

Shannon Watts gets a little unhinged when it comes to guns. We all know that. She sees an individual’s right to keep and bear arms as something that should pretty much be abolished, and anyone who disagrees with her is a target of her scorn…when they’re not being blocked on Twitter, at least.

With the nomination of Judge Brett Kavanaugh to the Supreme Court, she has yet another excuse to spew her bile all over social media. In the process, she may have made a bit of a slip-up. 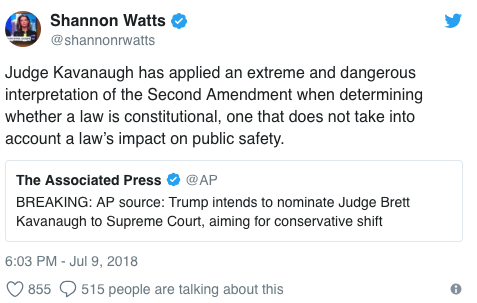