Mountain Times: Hundreds Turn Out for Gun Rights Rally: 1,200 Magazines Given Away to Gun Activists 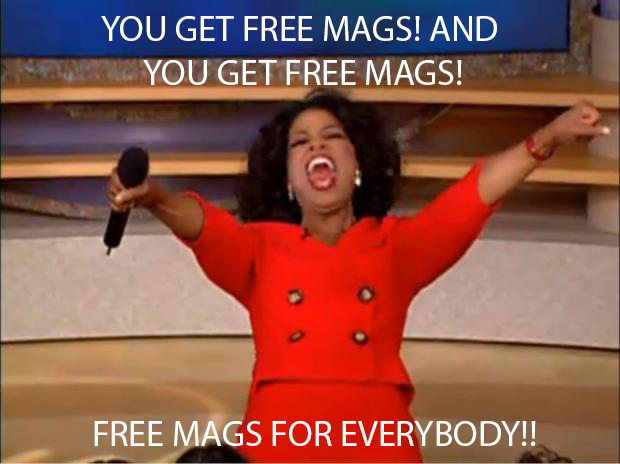 Via the Mountain Times:

Hundreds of gun activists swarmed the State House lawn Saturday afternoon, March 31, to protest the passage of S.55, legislation that puts sweeping new restrictions on gun use in Vermont. Republican Gov. Phil Scott has promised to sign the bill into law.

During the rally, participants formed two lines on the sidewalk in front of the State House on State Street sidewalk in Montpelier to pick up 30-round gun magazines, provided for free by Magpul, a manufacturer of firearm accessories.

The event was coordinated by the Vermont Federation of Sportsmen’s Clubs, and Rob Curtis, executive editor of RECOIL, a “firearm lifestyle magazine” based in California. Curtis, who lives in Williston, contacted Magpul for the donation of 1,200 magazines. All of the magazines were given away on Saturday.