Alexandria Ocasio-Cortez, Candidate for U.S. Congress (D-NY), reacted to the lives lost in Annapolis by claiming the attack marked the 195th mass shooting this year.

She shocked the nation with a primary victory over Rep. Joe Crowley (D-NY-14) on June 26, and is now spreading stats on mass shootings that are exponentially higher than actual shooting figures support. 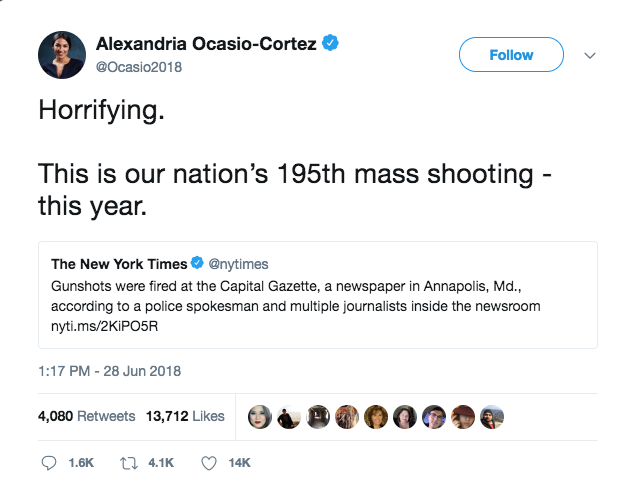